The economic maintenance of any project implies not staying long in deficit situations. But when trying to reach a surplus, we may find ourselves with problems related to the capacity for business growth.
Elvira Carrasco
5 March, 2021

It could be said that the surplus situation is what every entrepreneur or manager should aspire to: There is nothing better to guarantee the economic maintenance of an organization. However, despite its great advantages in financial terms, behind the economic surplus lies a common mistake when it comes to finances and business strategy.

What is the surplus

We have already looked at the definition of surplus: it is a situation in which income is higher than expenses. The concept of surplus is applied in several areas, such as foreign trade, the company or governing bodies and public administrations. When we stick to a business economics context, the calculation of the surplus is simply reduced to analysing the balances in your business management software: there will be a surplus in all those items in which the result between income and expenses is positive.

In contrast with the surplus, there is the concept of deficit, which is the situation that occurs when expenses exceed income. All companies are likely to be in one state or another on multiple occasions while they carry out their activity, but the truth is that the deficit is not exactly the best scenario, since it can lead to debt problems or lack of liquidity.

It happens when an administration or public governing body collects more money than it needs to meet its burdens.

It refers to the forecast of the fiscal surplus by the government of a nation when it presents its budgets for the next fiscal year.

It is the concept of fiscal surplus extended to all public bodies of a nation.

It is the fiscal surplus free of previous costs assumed to be financed, that is, without considering the interests that have arisen from the acquisition of a previous debt.

It is the result of comparing the difference between expenses and income of a country with the foreign, giving a positive result for the nation.

Advantages of the surplus

A company that is in a surplus situation may use the surplus money items to reinforce some of its areas, to reinvest in the modernisation of its resources, or to finance its expansion plans.

All companies must bear a certain level of debt: The economic surplus can be used to reduce the volume of the company’s liabilities, or to find the balance between financing and decapitalisation. In general, the company can take advantage of these situations to reduce its debt.

In a hypothetical expansion plan, a company that enjoys fiscal and financial stability may attract more investors. Likewise, having a data history that reflects economic strength will open up doors to finding more and better financing sources in the future.

Disadvantages of the surplus

A temporary surplus situation is not a problem, but if the company finds itself in a repeated surplus scenario, we would be talking about a structural surplus. Two potential problems arise from this: one is related to the cost of money itself, and the other has a clear strategic implication.

The structural surplus means that the company will be making more money than it can spend or invest: Systematically, it will have more resources than it needs to meet its expenses. All that surplus money, if not put into circulation, is deposited sine die in the banks, which will charge the company higher amounts in maintenance fees.

Deficit situations work as an incentive to create new solutions, to encourage growth, or to fight for the economic sustainability and growth of the organisation. When the steering committee of a company has dedicated countless efforts to draw up plans, tactics, and strategies to make the project self-sustaining (in short, the business makes money), a prolonged surplus situation could cause the organisation’s growth strategy to take a 180 turn. In other words: The company runs the risk of relaxing too much to stop a trend of surplus.

When money is left over, planning with the same ambition is no longer carried out: There are not many entrepreneurs or managers who are used to deal with the periodic appearance of these types of scenarios. A surplus situation can be a great opportunity to restructure your accounts, reduce your level of indebtedness, get more and better financing sources, and reinvest your capital to support your expansion plans. Try STEL Order to manage your company’s processes and invoicing.

What is market research and how to conduct it?

In this article we explain how to do a step-by-step market research and how it will help you to grow your business. 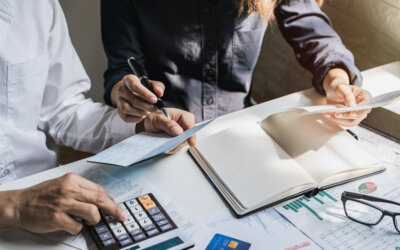 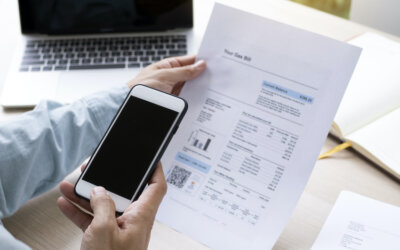 Invoice | What is an invoice?

Commercial document that contains the information of a buying and selling intervention. This document shows the delivery and payment of a product or service.